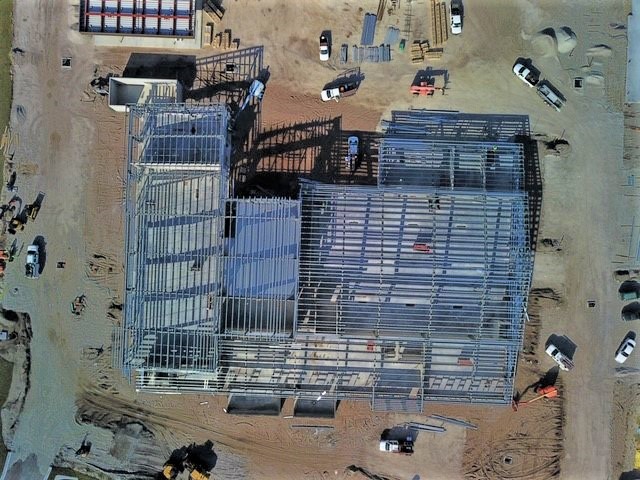 Back in April of 2019, Trident partnered with Willis Smith Construction to build a new Sarasota County Sheriff’s Support Services Facility. This facility is designed to provide space for sheriff’s vehicle maintenance and administrative support functions.
Initially, the county had concerns about the buildings’ visual impact. The commissioner announced they had plans to control and minimize the facility’s visual impact. They will do this by including an 8-foot ornamental precast wall at the north and west project site boundaries, softened by significant plantings of trees and shrubs, and the front of the facility has been set back from Honore Avenue, allowing for a heavy vegetative buffer of street trees.